Pass and Receive Plus 1v1

Setup:
Set up grid as shown with cones 10-12 yards apart. You can vary size and distance between them per your team’s age and skill level. Younger players should have shorter passing and dribbling distances while you can make it bigger for older players. 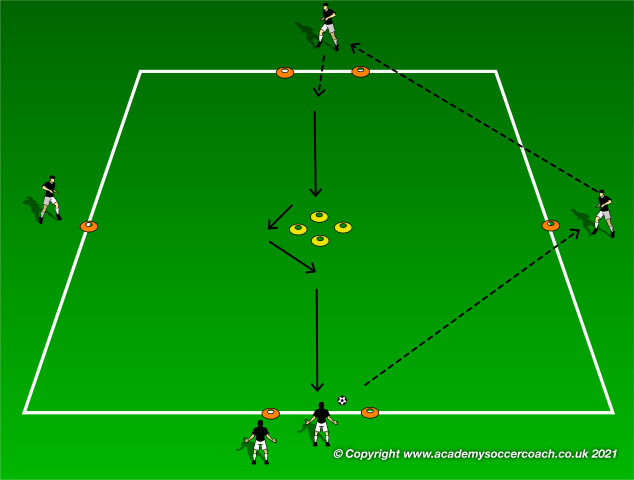 Execution:
Player at bottom passes to right then follows to next cone. Player 2 receives across body and passes to player at top who takes a positive touch through the gate and then dribbles – at speed – to the cones in the middle, doing a 1v1 move around them and then passing or dribbling the ball to the next player in line at the bottom cone. Each player follows their pass or dribble to the next cone. 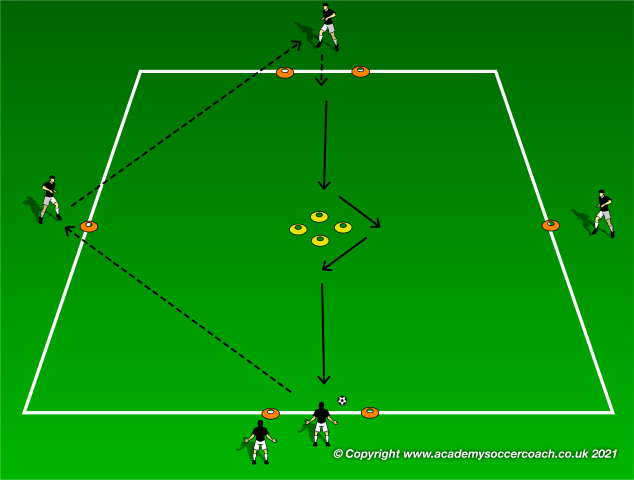 Now, the pattern goes to the left to incorporate the other side of the grid, with players always following their pass to the next cone. Player at top can perform any 1v1 move the coach asks for when dribbling past the cones.

All actions should be done at speed and coach should reinforce proper passing/receiving techniques throughout.

Progression:
Same pattern to both left and right side of grid, but now players incorporate a 1-2 pass around the cone as shown. 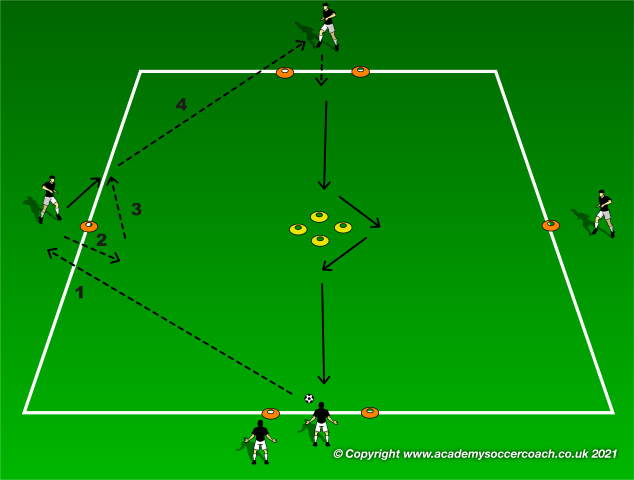 It’s a good warm-up for older players and a good economical training activity for younger players as it incorporates passing, receiving, and attacking moves all at the same time. It’s also good for fitness with the ball if you can keep the intensity high enough.

Coaching Points:
Pass ball with inside of foot, using proper technique.
Pass the ball to his back foot.
Receive ball across your body with proper inside of foot technique.
Attack the cones at speed with the 1v1 move and beat the cones cleanly.