Discover how to transform your team into a goalscoring machine with 100 drills, exercises and small sided games focused on the art and science of scoring goals

Finally, a book focused on what players love best: Scoring goals! This book is packed with 100 drills that will improve your players’ ability to run onto balls, to control the ball with a crisp first touch and to develop the killer instinct on goal. Modern Attacking & Goalscoring provides you with all the drills you need to get more goals on the scoreboard and points on the league table.

Do your players ever lack confidence in front of goal? Do they suffer from a poor first touch or lack accuracy when they shoot, would you like your team to score more goals?

Well, worry no longer because Modern Attacking & Goalscoring is a book dedicated to the art and science of goalscoring. It contains 100 drills, exercises and small sided games to develop the ability, mindset and confidence your players need to score more frequently.

Co-written by Liverpool FC academy coach, Phil Roscoe, every drill is accompanied by a detailed diagram, coaching points and progressions to ensure you gain the maximum benefit from every exercise. The drills are also carefully structured to cover all aspects of goalscoring and to replicate the pressure of real game situations. 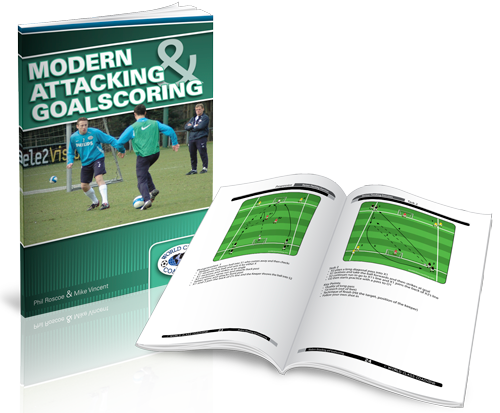 Whether it’s training your players in overlaps and underlaps, finishing from rebounds or team based finishing games, Modern Attacking & Goalscoring is packed with drills you can use to make training more enjoyable, and to transform your team into a goalscoring machine. 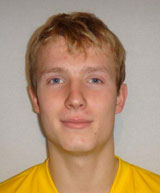 “To be a good goalscorer you need lots of repetitions of quality goalscoring drills.  This book provides you with drills that will help you guide your pupils from basics of running with the ball, through scoring from rebounds, all the way to shooting games. Everything with special care about activating all of your players.

You can forget about players waiting in linesand coming home bored after training. Shooting practices based on these drills will bring smile to theirs faces.  “Modern Attacking & Goalscoring” is a truly helpful book for any coach.  It’s really worth it.” – Michal Jagielka, coach of U16 boys team in Wadowice, Poland, Internships at FC Barcelona and Wisla Kraków

“A soccer coaching book that harnesses the ethos of ‘Maximum Participation”

The soccer drills and exercises in Modern Attacking & Goalscoring have been carefully selected to be challenging for players, of all levels, and to provide a well rounded education on the technique needed in front of goal.

In addition, the book’s two authors believe that the best goalscoring training doesn’t come from players waiting in lines to shoot from predetermined positions. Instead the practices are designed to incorporate the principles of ‘Maximum Participation’.

The drills include 2v1, 3v2 and small sided team games. These ensure as many players as possible can be involved in every exercise. This is both beneficial for players and ensures you can get the maximum value from every training session.

Co-written by a Liverpool FC academy coach, Modern Attacking & Goalscoring provides you with goalscoring training sessions your players will both enjoy and from which they will gain the mindset, technique and confidence to score more frequently. 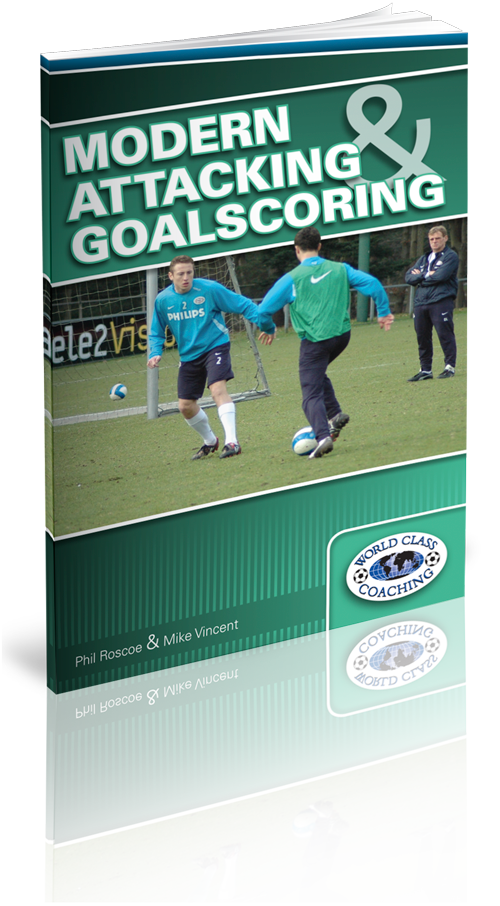 Modern Attacking & Goalscoring has been produced by two expert soccer coaches with over a decade’s experience. 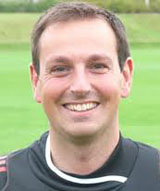 Phil Roscoe currently coaches at Liverpool’s soccer academy. He has also been working within Elite Youth Soccer Development in England for more than 10 years. During this time, Roscoe has worked with players of a wide variety of skill levels, including players at Stoke City FC’s academy. Roscoe has also coached extensively in the US, coaching both male and female players at a high level.  He holds a UEFA ‘A’ License and is also a qualified college lecturer on modern soccer coaching methods. 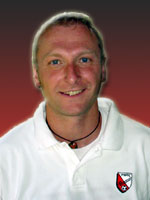 Mike Vincent currently works as a Physical Education & Athletics teacher in Texas, where he is also the Soccer Program Director and Head Varsity Boys Coach.

Originally from England, Vincent played soccer up to a semi professional level before embarking on a coaching career. He has now been coaching for over 24 years, both in England and the US, coaching literally 1000s of players during this time.

Mike is US Soccer Federation “A” Licensed, and also possesses the USSF National Youth License, the National Soccer Coaches Association of America (NSCAA) Advanced National Diploma and Premier International Diploma (receiving a Distinguished Pass), and has been both a North Texas State Soccer Association and Region Three Olympic Development Coach. Mike was also awarded the NSCAA High School Boys State and Regional Coach of the Year Award (for 2008).

This special book focused on goalscoring includes 100 drills covering a variety of the skills needed to be successful at the fine soccer art of getting the ball in the back of the net. Every drill is clearly explained with detailed diagrams, coaching points and progressions so you can gain the maximum benefit from every exercise.

Chapter 1 – Running with the ball

In progression of the previous chapter’s running drills, these exercises will improve your players’ ability to receive the ball on the back foot, to create space and to communicate so they receive the ball at the right time.

The goalkeeper is now incorporated with more direct attempts on goal. Players will have to decide whether to shoot or to take another touch to dislodge the goalkeeper. The skills your players will develop include the long pass, first touch, finishing technique and ball striking accuracy.

The drills in Modern Attacking & Goalscoring have been carefully chosen to involve as many players as possible, and the drills in this chapter enable the whole team to practice in small drills at once. Players will practice beating defenders while staying onside when they don’t have the ball. These drills will improve your players’ decision making and confidence when playing under pressure.

Your goalkeepers will get a thorough workout with these drills! Maximum participation is stressed with players working on improving their accuracy and composure when striking a moving ball.

Your players can practice shooting from different angles, heights and distances. These drills will also encourage your players to develop explosive charges and changes of pace into the box.

These drills are focused on technique, pressure training and improved finishing. Players will either need a great first touch or to shoot first time to score during these training exercises which take place around the goalmouth.

Fun is the byword for these drills, where players will compete in 1v1 attacks on goal or defending a cone. Creative trickery, such as scissors or double touch, is to be encouraged along with shooting early and often.

This chapters includes crossing drills that are both unopposed and with defenders. During these drills you can observe the buildup play and efficiency of movement without the ball.

These training exercises will improve your players’ ability to run onto the ball, their first touch and decision making. They will need to decide whether to drive a shot, try and chip the keeper or to attempt a dribble into the goalmouth.

In the final chapter, you are presented with a series of exercises where the penalty area is divided into two and players are challenged to shoot from distance. In such a tight area, quick ball movement and a high pace of play are skills your players will develop through these drills.

What you will gain from Modern Attacking & Goalscoring

It’s true that a strong defense can win you games, but you will never win unless your players can score goals. Coaching the technique, mindset and creativity needed to be a successful goalscorer can be difficult to achieve in training. This is what makes Modern Attacking & Goalscoring such a valuable coaching guide because it shows you exactly how it can be done.

From this book you will gain:

Modern Attacking & Goalscoring has been years in the making and has been put together by two coaches with over a decade’s coaching experience, including a coach at Liverpool FC’s academy. Their experience ensures the drills are going to be beneficial and effective at improving your team’s performance in front of goal, whether you coach recreational teams, college teams or players at a professional level.

“Modern Attacking & Goalscoring is a great resource for training sessions that will make all the hard work pay off. This book does a fantastic job of covering this simple idea that can sometimes drive coaches and players crazy. 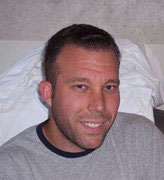 Phil Roscoe and Mike Vincent do a great job of not only bringing you simple finishing exercise but drills and games that will lead to creating more opportunities for your team to finish! The competitive games featured are fantastic for including all players and developing goalscoring technique that can be repeated under intense pressure.

This book is a must read for any coach interested in teaching their team to create more opportunities on goal and develop players who will finish those opportunities.”  – Dave Carrier, Coach NetSurfers (IN)  Futbol Club

WORLD CLASS COACHING is recognized globally for the quality of its soccer coaching resources, which are used by over 40,000 soccer coaches from around the world.  We wouldn’t be offering Modern Attacking & Goalscoring unless it achieves our exceptionally high standards. However, if you are not 100% satisfied with the quality of Modern Attacking & Goalscoring after six months of implementing its drills and exercises then please contact us for a no quibbles refund. 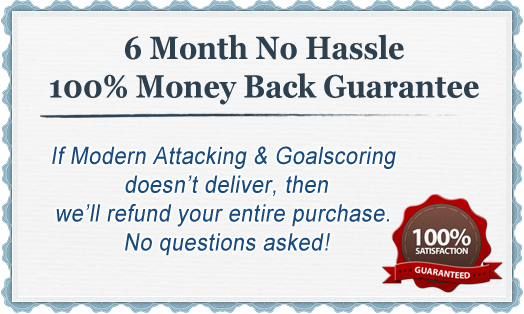 It’s a fact: whether they play in defense, midfield or attack, all players love scoring goals. And some of the world’s best teams, such as Manchester United, Barcelona and Brazil, are successful because they don’t rely on one or two players to score all the time because all their players are capable of getting on the scoresheet.

This is why Modern Attacking & Goalscoring is such a valuable addition to your coaching library. It shows you exactly how to coach players in all the skills they’ll need to score, and how to replicate goal scoring scenarios on the training pitch.

Through its drills, exercises and small sided games, your players will become more experienced in goal scoring situations. This means that on game day they’ll know how to take advantage of goal scoring opportunities more often and win more points for your team.

P.S. Modern Attacking & Goalscoring is focused on the art and science of goalscoring. It’s packed with 100 drills, exercises and small sided games that will train your players in all the aspects of scoring goals. All players love scoring goals, and the drills in this book will make training sessions more enjoyable, more varied and more productive at turning your team into a goalscoring machine.

P.P.S If you are not 100% satisfied with the quality of the soccer coaching resources in Modern Attacking & Goalscoring after six months then we will refund your purchase in full, no questions asked.