Finally, a video series on developing the soccer brain! Coaching Vision and Awareness features a complete coaching seminar on developing your players’ situational awareness so they think and pass the ball quicker. The drills in this video series will have your players checking their shoulder, running with their heads up and playing smarter, leading to more possession and more goals.

The game of soccer might look as though it’s played with the feet. But playing it effectively actually occurs due to what’s happening in the brain. It comes from knowing where to play the ball, being able to gauge where there’s space to move into and finding that killer pass. Training players to develop their soccer brains can be difficult to achieve with conventional technical drills. That’s why you need to run sessions that build situational awareness, better decision making and get players thinking more about what to do with the ball.

Coaching Vision and Awareness is a video series focused on developing the soccer brain. Presented by West Ham United’s Assistant Academy Director, the videos feature the same drills used to develop the minds and decision making of elite EPL players, such as Joe Cole, Rio Ferdinand and Frank Lampard. The drills will teach your players to think more about where to play the ball and to know what they are going to play it before they’re even received it. 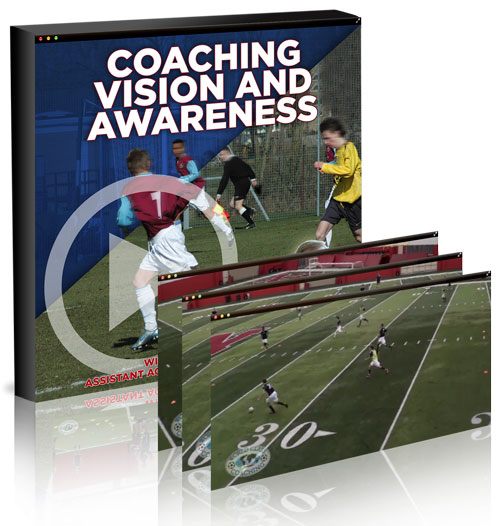 After harnessing the drills in Coaching Vision and Awareness in your own training sessions, your players will learn to play with their heads up, to check their shoulder before passing, to communicate and to pass more accurately. In fact, your players will develop all the characteristics of a team that is thinking more intelligently, leading to greater possession and goal scoring opportunities.

Playing with vision and awareness means players make better decisions, smarter passes and are more adept at moving the ball up the pitch. Unlike technical skills, which rely on endless repetition of the same drills, coaching vision and awareness requires more specific exercises focused on developing the soccer brain.

Coaching Vision and Awareness demonstrates a complete coaching session on how to get players thinking and playing with their brains. West Ham’s Assistant Academy Director, Paul Heffer, highlights all the key principles of developing a smarter team, such as training them to use the periphery vision to check for space and to communicate on where to play the ball. 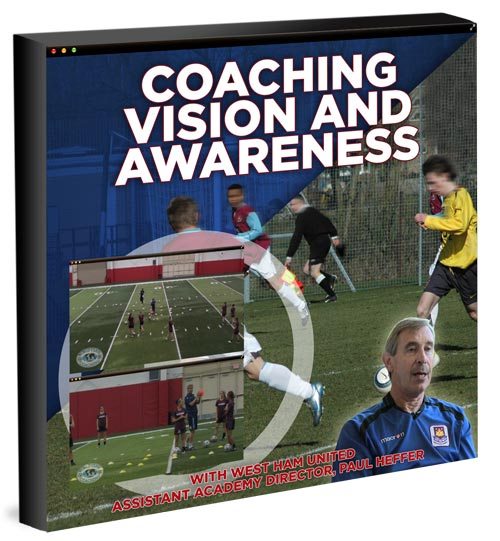 If your players look lost the moment they receive the ball, make the wrong passes and are unable to keep possession, you need to improve their soccer brains. Coaching Vision and Awareness shows you exactly how to do it. 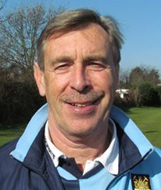 Coaching Vision and Awareness features a series of drills and exercises used to coach young players in the West Ham academy system. These are the same drills used to develop players like Rio Ferdinand, Joe Cole and Frank Lampard into elite EPL players through improving their decision making and situational awareness.

Heffer begins the session with a simple warmup. Players work in pairs to complete a simple side foot volley. After completing the exercise, players then run through the middle, while avoiding other players to perform the exercise with another player.

The drill is progressed to include a knee and then a side foot volley followed by a heading exercise. While fairly simple, this warmup gets players feeling comfortable with the ball and communicating, which Heffer highlights throughout the session is a core pillar of intelligent play.

The session is then further progressed with players performing a snap off the knee and then a header back to the player on the outside. Heffer emphasizes how this drill works on improving how players use pathways across the body, on either the left or right hand side, to improve the use of space and passing accuracy. 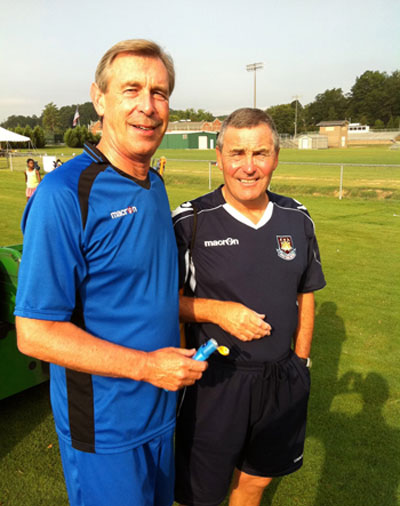 The session’s technical challenge is then raised further with players required to perform a flick up, knee, header and head back on each side of the body. From his experience of coaching young players, Heffer highlights the importance of not placing too much pressure on young players to all perform to the same level, but to allow them to learn from their mistakes and to develop according to their inherent skill set.

Players are then divided into two groups, with one group in the center of the pitch and the other group surrounding them. After completing the exercise, players need to dribble through the middle of the pitch with the ball, while avoiding other players doing the same. This encourages them to play with their head up, to improve their dribbling technique and to become more aware of the space around them.

A third player is added to each exercise to create more intricate passing moves. These put more pressure on players to communicate, to pass accurately and to be able to turn with the ball smoothly so they can play with vision and awareness in every area of the pitch.

What you will gain from Coaching Vision and Awareness

Smooth, accurate passing requires more than just technical skill. It also requires space awareness, quick decision making and familiarity with knowing where to play the ball. Along with better passing, these skills will help to improve your team’s ability to keep possession and to create more goal scoring opportunities.

From watching Coaching Vision and Awareness you will gain:

The drills demonstrated in Coaching Vision and Awareness are specially chosen for developing soccer brains in young players. Along with helping to evolve them into elite performers, these drills can be used to improve the decision making, technical skills and the ability to keep possession of teams at every level. Improved performance comes from training the mind, as well as the body, and from watching Coaching Vision and Awareness you will discover how to develop a smarter playing side.

WORLD CLASS COACHING is recognized globally for the quality of its soccer coaching resources, which are used by over 40,000 soccer coaches from around the world. Coaching Vision and Awareness unless it achieves our exceptionally high standards. However, if you are not 100% satisfied with the quality of Coaching Vision and Awareness after six months of implementing its drills and exercises then please contact us for a no quibbles refund. 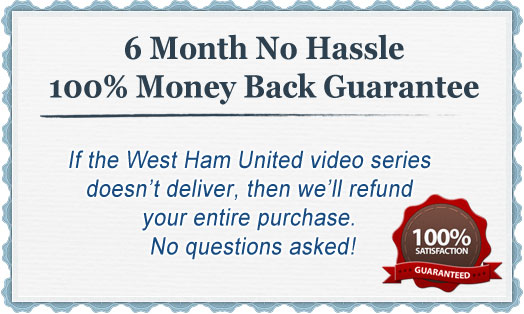 “The best teams play with their brains and their bodies. This video series demonstrates how to develop a smarter soccer brain to improve performance all over the pitch”

If your players are constantly making bad passes, failing to run into space and are losing possession, you need to improve their decision making. You need to provide them with training that will develop their space awareness and their ability to know what to do with the ball before they even receive it.

Coaching Vision and Awareness is a special video series focused on developing mental skills along with physical ones. Led by an EPL coach who has helped to develop players like Rio Ferdinand, Joe Cole and Frank Lampard into elite performers, this coaching seminar is packed with insights on how to get your team playing with their brains.

After harnessing the drills in your coaching sessions, your players will communicate more, will dribble with their heads up, will check their shoulder to find space and will make more killer passes. The result is that your team will play smarter soccer leading to more domination and goal scoring opportunities as a result of playing with vision and awareness.

P.S. Coaching Vision and Awareness features a complete coaching seminar on how to get teams playing with their brains, as well as their bodies. Led by an elite EPL academy coach, this video series is packed with drills that will get your players running with their heads up, passing more accurately and playing smarter soccer all over the pitch.

P.P.S If you are not 100% satisfied with the quality of the soccer coaching resources in Coaching Vision and Awareness six months then we will refund your purchase in full, no questions asked.