Small-Sided Training Evolved! 170 Small-Sided Games that Will Get Your Players to Think Quick, Play Fast and Give You the Edge this Season

Wow, these will give your players’ feet and brains a workout! 170 Small-Sided Games is a collection of fast paced drills that keep players on their toes and their minds focused. Bring some technical wizardry to your team with this unique collection that replaces static training with more time on the ball for every player.

In today’s fast paced game, players have less space and time on the ball than ever before. If your players are too slow they risk passing to the wrong player or losing it altogether. So it’s vital to develop their ability to meet these challenges, with drills that will get their minds working faster than their feet.

170 Small-Sided Games features a collection of 170 small sided training drills specially designed to meet the demands of the modern game and to improve your team in every area. Whether it’s passing, tackling, dribbling or decision making, this book has a drill that will help you accelerate their improvements due to the pressure and number of touches players get from small sided games. 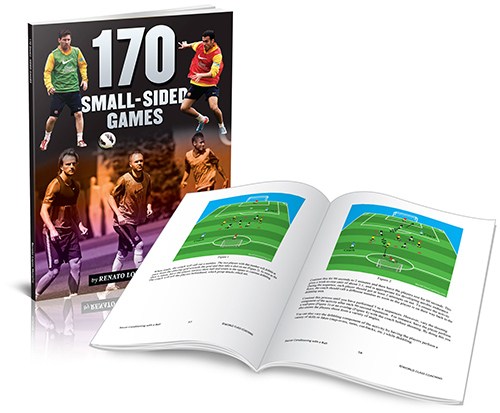 The game’s pace is increasing. If you want your team to keep up, you need drills that will improve their decision making and their technical ability. 170 Small-Sided Games is the perfect guide on how to do it.

Small sided games are now a core part of every forward thinking coach’s training. Instead of waiting in lines or doing shuttle runs around cones, small sided games keep all of your players active throughout the session. This naturally means more touches of the ball and opportunities to improve their technique and decision making.

170 Small-Sided Games enables you to gain all the proven benefits of small sided training that can give you a winning edge. This includes developing players that understand the game, think quickly and make the right decisions under pressure.

Today’s game is stronger, more physical and faster. You can’t afford to waste any time in training. With the drills in 170 Small-Sided Games you can improve technique, tactics and physiology all at the same time and get the advantage over teams still doing static training who are stuck in the past. 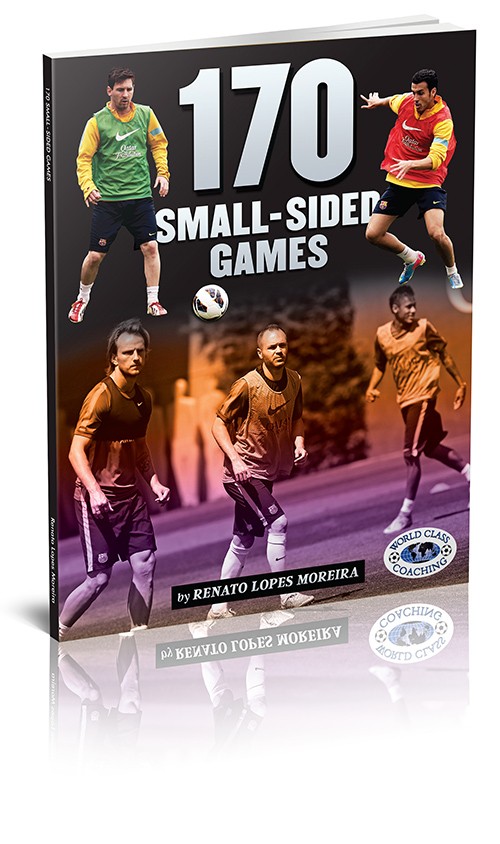 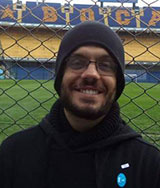 Renato Lopes Moreira has been coaching soccer ever since graduating from the Federal University of Viçosa (UFV), Brazil, training players in schools and clubs across the city.

Moreira has also participated in many of Brazil’s popular soccer coaching events, including Footecon and FCB School Coach Clinic.

In 2009 Moreira coached at Ipatinga Futebol Clube U-15 before leaving to coach at the Federal University of Ouro Preto (UFOP) as a Technical Coach of Physical Education, training both indoor soccer teams of UFOP. In 2013 he coordinated a project for U-15 and U-17 players, in partnership between UFOP and Association Athletic Aluminas. Moreira was the technical coordinator of the project, responsible for bringing the coaches together to define the model of play and training exercises that would create Brazilian soccer stars of the future.

Since 2014, Moreira coordinates the Futsal School at UFOP, a project for children and teenagers between ages 5-17 who want to play Futsal. Moreira continues to coach both adult teams of UFOP and studying soccer.

170 Small-Sided Games features 170 training drills that will get your entire team practicing at the same time. It features drills for each technique, including passing, dribbling, tackling and conditioning. This enables you to setup small games in different areas of the pitch and get players working on the specific techniques needed for their position.

All of the drills feature detailed diagrams, setup instructions and progressions. So you have everything you need to run sessions that challenge every player, whether you coach youth teams or elite squads. This includes small drills for groups of pairs in 10 x 10 meter grids up to drills that get more players involved and take up an entire half of the pitch.

What you will gain from 170 Small-Sided Games

The drills in 170 Small-Sided Games will get your entire team active at the same time, with more touches of the ball in every session. You can gain bigger improvements in multiple areas as a result.

From 170 Small-Sided Games you will gain:

WORLD CLASS COACHING is recognized globally for the quality of its soccer coaching resources, which are used by over 60,000 soccer coaches from around the world. We wouldn’t be offering 170 Small-Sided Games unless it achieves our exceptionally high standards. However, if you are not 100% satisfied with the quality of 170 Small-Sided Games after six months of implementing its small sided games and exercises then please contact us for a no quibbles refund. 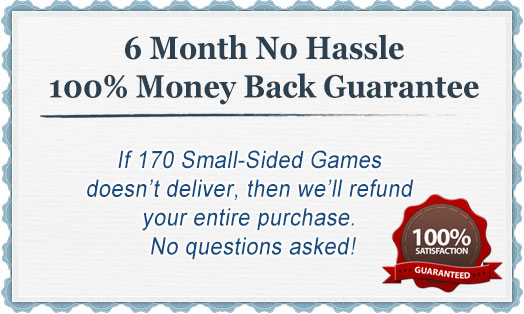 Players need to perform at a higher pace and a higher intensity than ever before. Whatever level your team plays at, the game’s pace is rising. So training sessions should reflect this, with drills that get the whole team involved and never leaves players on the sidelines or waiting in lines static.

170 Small-Sided Games provides a complete set of drills for running sessions that equip your players to meet the modern game’s demands. The pressured nature of small sided games means you can accelerate your players’ improvements in technique, decision making and speed of play, so you can create a team that thinks fast and plays even faster.

P.S. 170 Small-Sided Games features 170 training drills developed to create players that think fast, play with pace and can meet the physical demands of the modern game. From these drills you gain the accelerated improvements of small sided training combined with the enthusiasm that comes from practicing with a a ball at their feet.

P.P.S If you are not 100% satisfied with the quality of the soccer coaching resources in 170 Small-Sided Games after six months then we will refund your purchase in full, no questions asked.