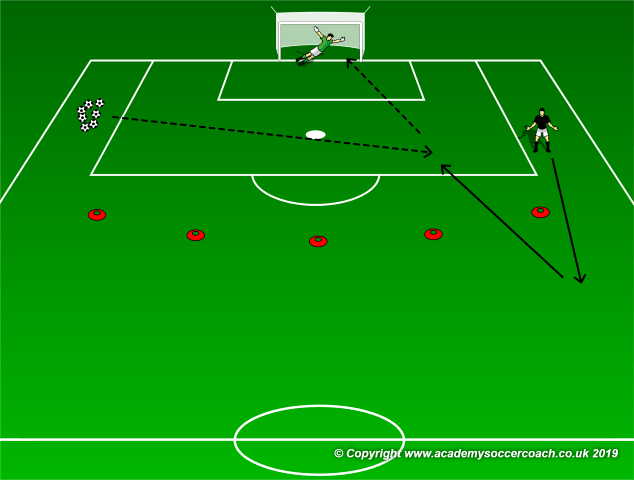 Place cones and balls as in diagram below. 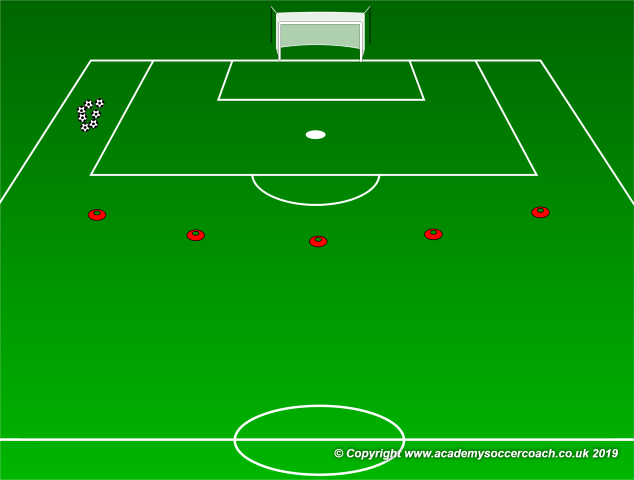 One player starts off with the first cone opposite the pile of balls. 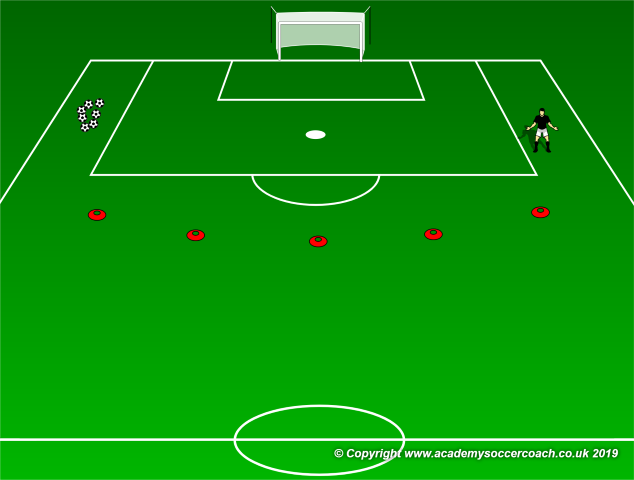 This player then runs around the first cone, receives a pass and takes a shot on goal. 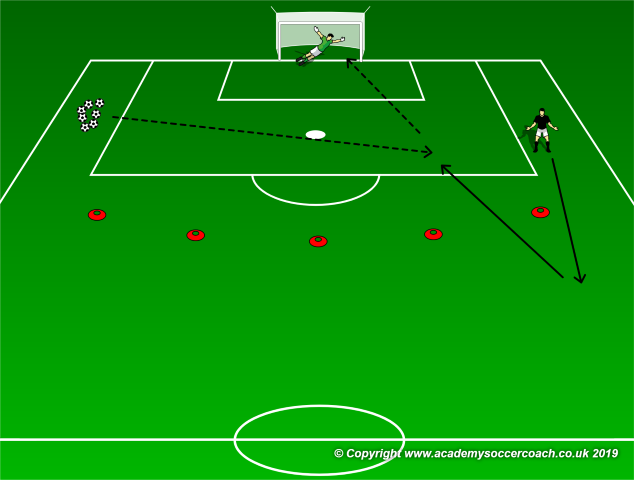 They then repeat this step around each cone. 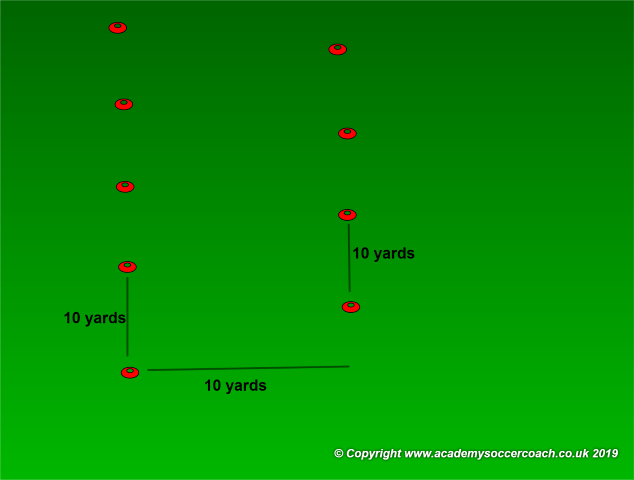 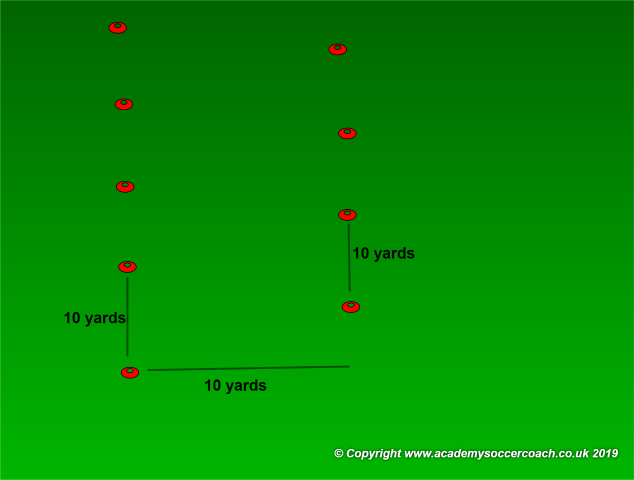 Player starts at the front left cone and sprints to the first cone in front of them. 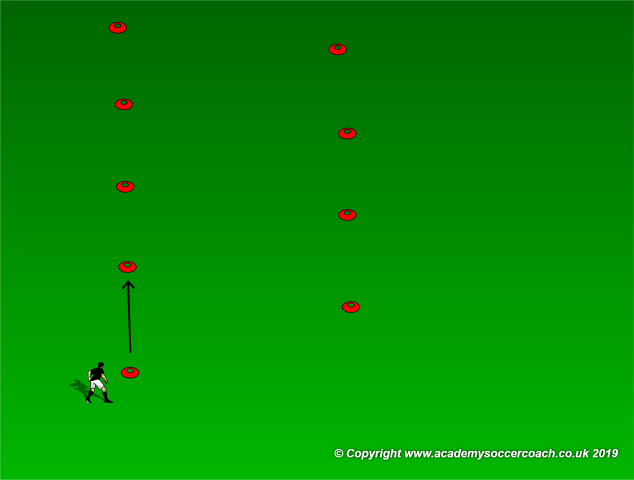 The player then backpedals to the cone back and to their right. 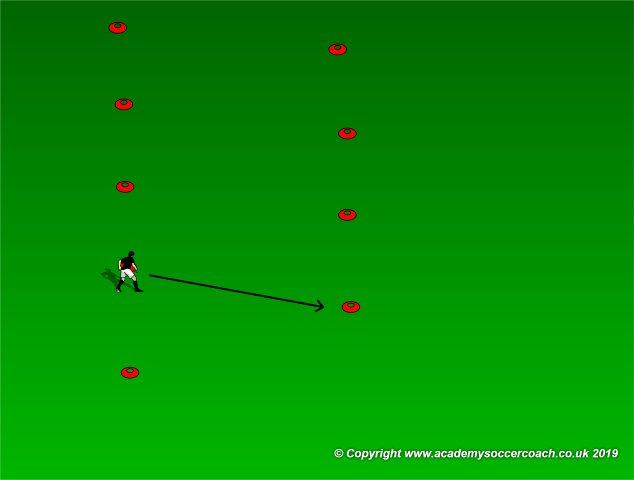 They then sprint to the cone that is now in front of them. 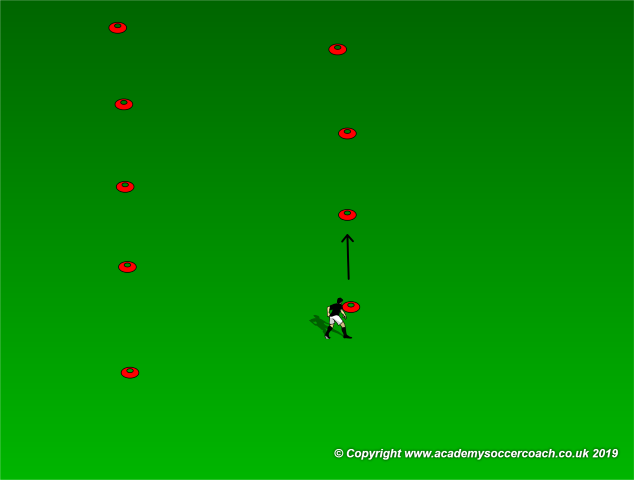 They repeat this sequence but now going to their left, then again to their right, etc…until they have run the entire course. 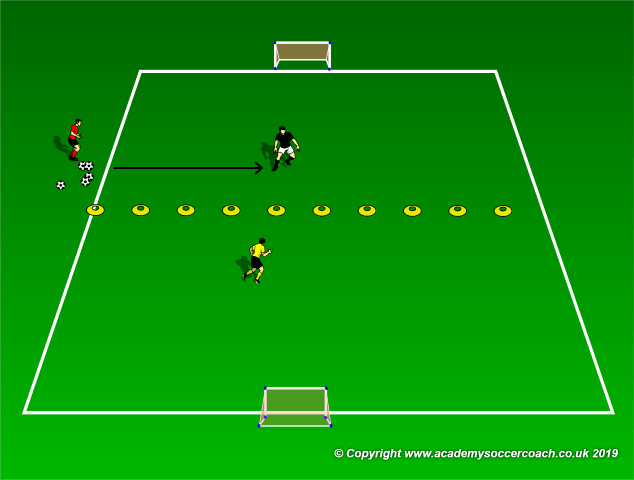 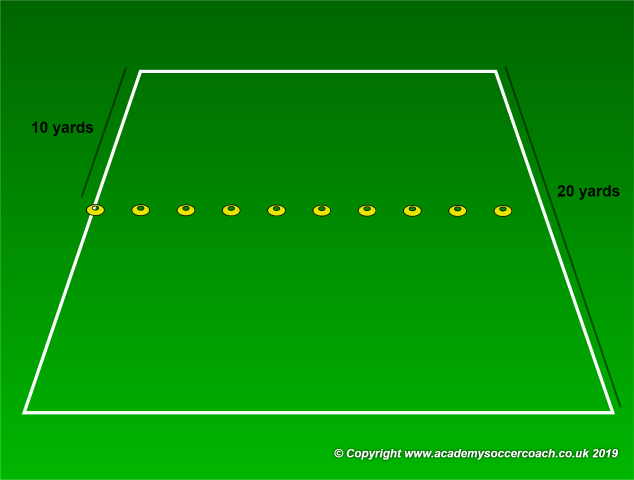 Players play 1v1 in the large grid. There is a neutral player with balls outside of the grid. 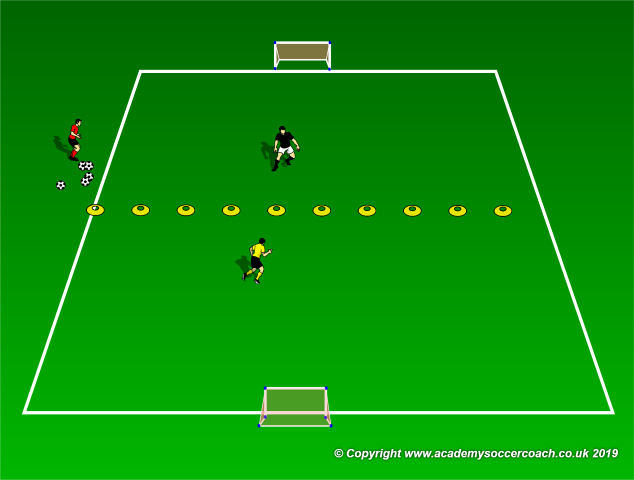 The neutral player plays a ball in and the attacker tries to get to it first and attack one goal, while the defender tries to defend. 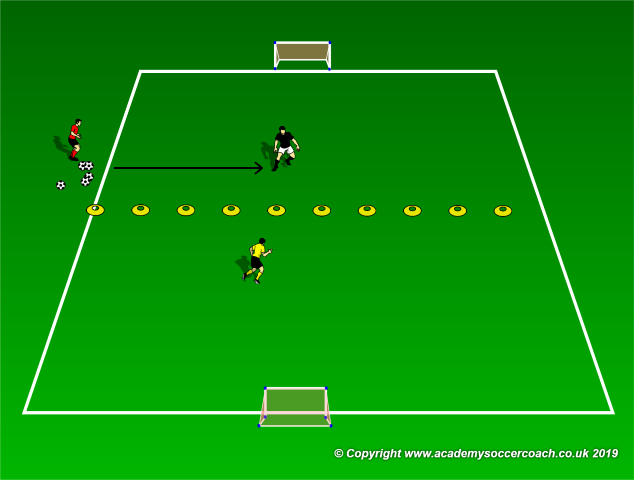