Description:
The Musical Cones Activity is a variation of the children’s game musical chairs. It is a fun warm up activity that will get players focusing on their control on the dribble, as well as their balance and ability to stop the ball. Recommended for younger age groups but can be adapted to older groups as well.

Setup:
The coach is placed in the middle with players dribbling in a circle around him. There is a ring of cones around him. There should be at least one less cone than the number of players. Width of circle and distribution of the cones should be dependent on the size of the group and ability of the players. 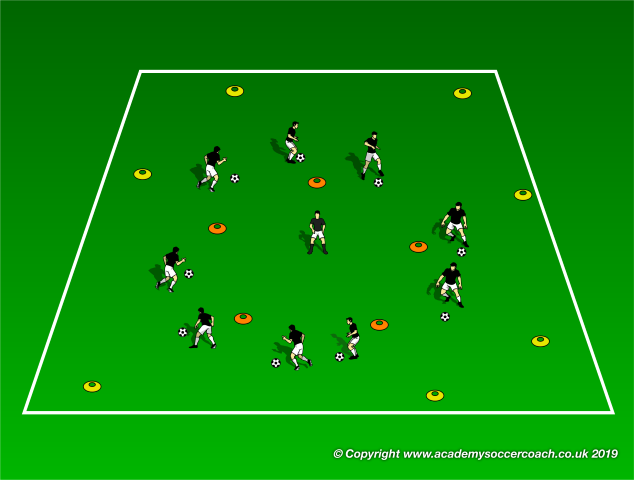 Execution:
The coach plays music/claps/makes noise while the players dribble around him. When the noise stops players must dribble quickly to a one of the cones and stop the ball on one foot, with the other foot on the cone. 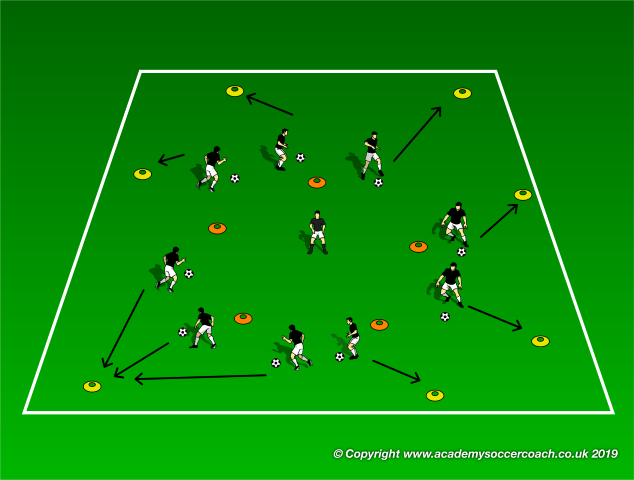 The loser needs to do a dance, and then the game resets. 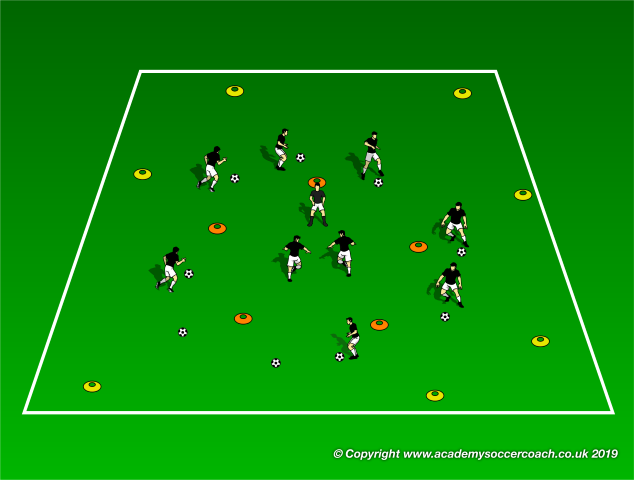 Variations:
The cones can be spread out or in a circle. Players can dribble freely or be in a circle around the coach . The player that loses in each game can be eliminated and given a specific task such as juggling with another coach or for older groups some type of conditioning.