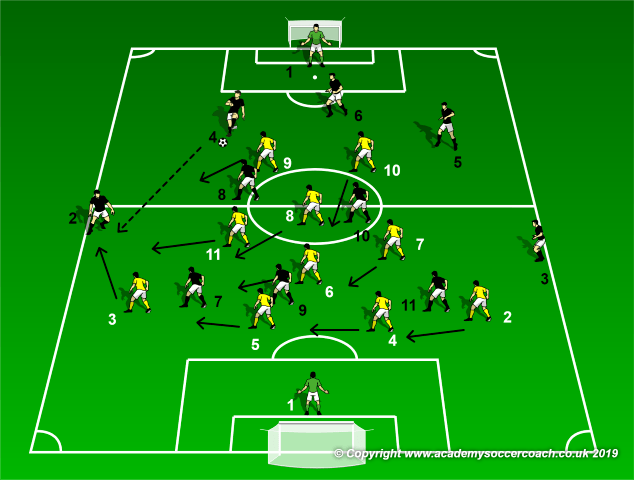 Description:
The Triangle Shooting Game is designed to create a competitive shooting environment where elements of short rhythmic passing, pass and move, as well as finishing are integrating into a short effective drill. Can be used in practice or as a pre-game warm-up

Setup:
Place three cones in a triangle about 5-10 feet apart just outside of the 18. Players line up behind furthest cone 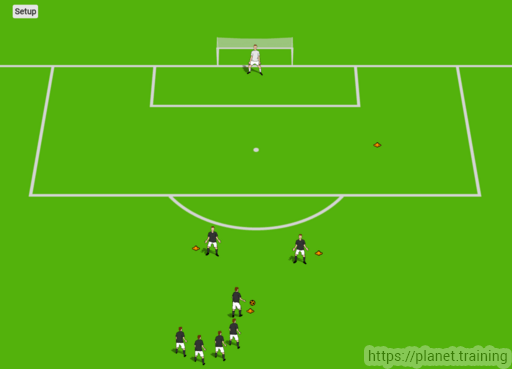 Execution:
The first player in line passes to the player at the cone to the right. That player passes the ball to the player standing at the cone diagonal himself. The ball is then laid off for the original passer who runs through the middle of the triangle and shoots the ball on net. 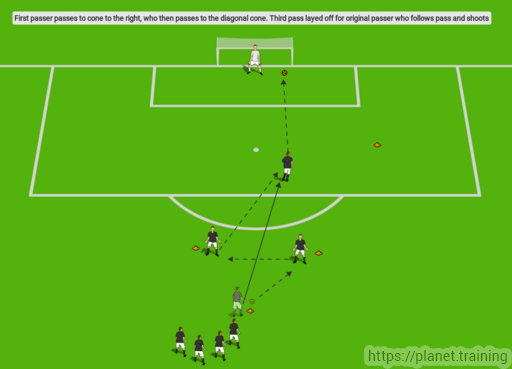 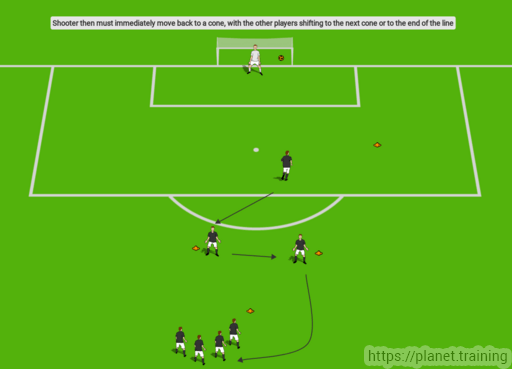 Variations:
Players can be split into two teams and the drill can become a competition
Stipulations can be added such as left foot only 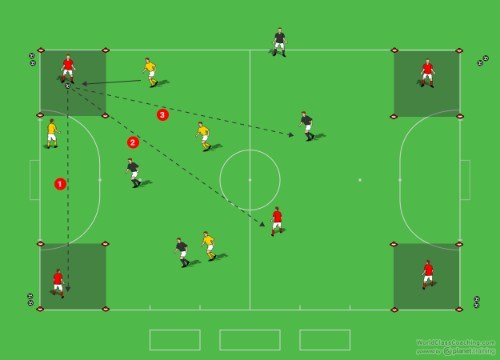 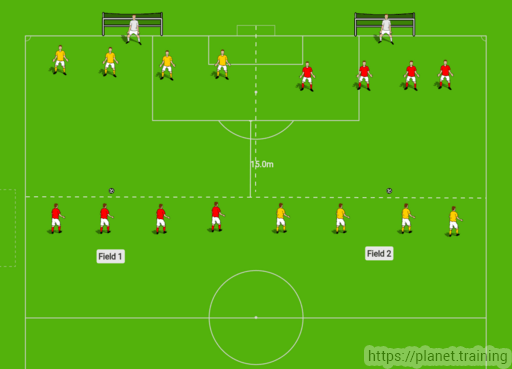 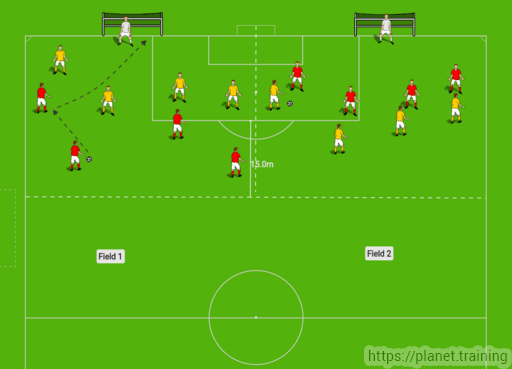 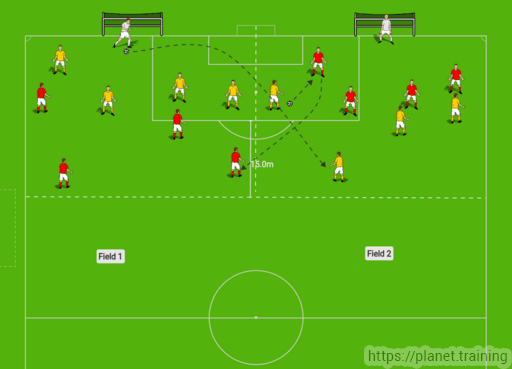 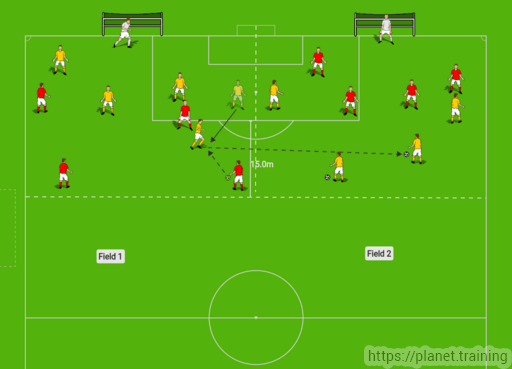 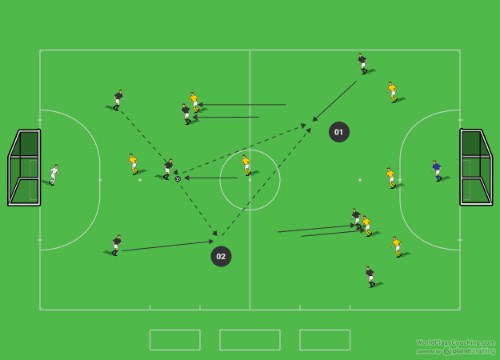 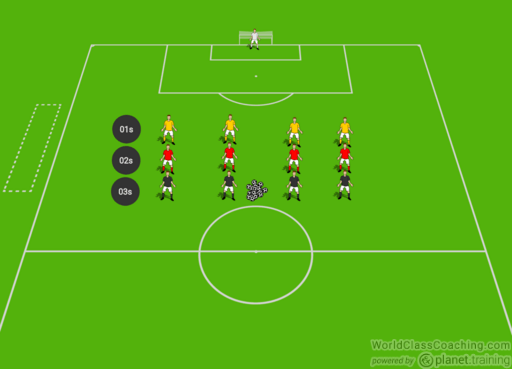 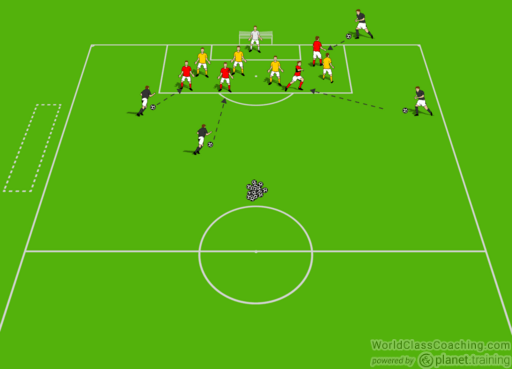