First things first.  See the bottom of this page on how you can get these videos for free with the Video Library.

Johan Cruyff once said, “We like playing the English, every time we lose possession, they give it right back to us”.  This was obviously in reference to the style of play at the time of what was then called the English First Division.  This style relied more on long passes which involved a higher risk of losing possession.  Over the years, soccer worldwide with the influence of the Dutch and more recently Spain, Barcelona and other teams, has developed more into a possession style of game.  In other words, coaches all over the world are realizing the importance of maintaining possession.

Small-Sided Games for Possession consists of SIX videos that provides you with a series of small-sided games that will teach your team to retain more possession and turn those possessions into scoring opportunities.

Focusing on possession related small-sided games will also improve your players confidence to deal with the ball in tight areas. These small-sided games are a tremendous teaching tool as they can be adapted to suit the age and skill level of all players. 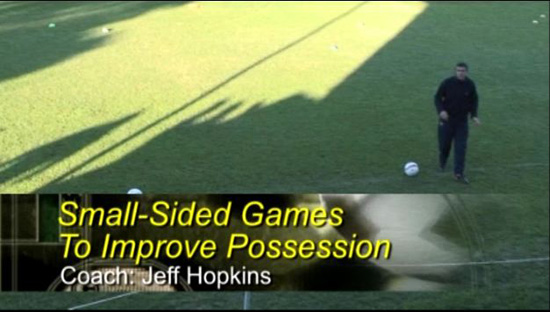 One of the most important components of a training session is the ‘small-sided game’. Whether it’s a local youth team, college team or a top professional team, they all use small-sided games to help their players make the transition from drills and exercises to real game situations. It’s this transition that translates skills and techniques from practice into your game on the weekend. 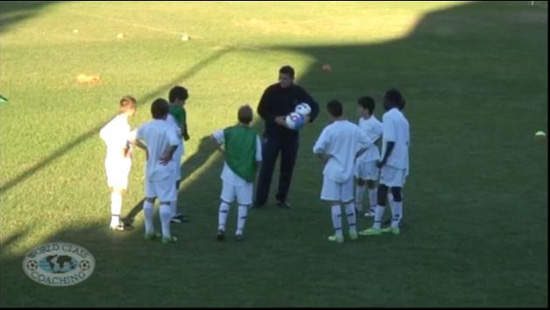 Everyone raves at how good Barcelona are when in possession.  They love their quick style “Tika-Taka” style of moving the ball around the field.  One of the reasons for Barcelona’s incredible success over the years has been that they have consistently had more possession than their opponents…sometimes as much as 65% or 70% or more.  And it’s not only Barcelona, just look at the stats from any pro game and you will see that apart from a few exceptions, the vast majority of teams that have more of the possession ends up winning the game.

In these six videos, coach Jeff Hopkins shows a progression of small-sided games that you can take with you to the training field and instantly start getting better results with your players doing a better job of keeping possession.  You can also adapt these small-sided games depending on the age and skill level of your players.  For instance, you can add neutral players, allow more or fewer touches or make the playing area smaller or larger.  So whatever level of team you have, these videos will get you going on the training field right away. 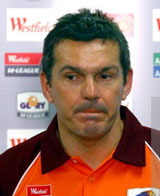 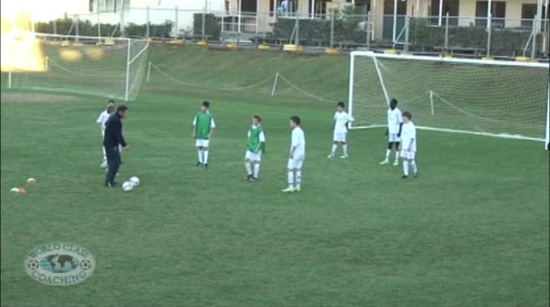 WORLD CLASS COACHING is recognized globally for the quality of its soccer coaching resources, which are used by over 40,000 soccer coaches from around the world. Small-Sided Games for Possession unless it achieves our exceptionally high standards. However, if you are not 100% satisfied with the quality of Small-Sided Games for Possession after six months of implementing its drills and exercises then please contact us for a no quibbles refund. 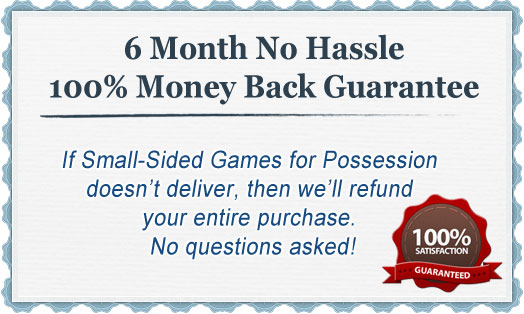 Small-Sided Games for Possession shows you a progression of small-sided games, all designed to improve how your team is able to maintain possession of the ball.  Get started now and start dominating games!

P.S. Small-Sided Games for Possession is a unique video series that enables you to watch a complete training session conducted by National Championship coach and former pro player, Jeff Hopkins. You get the entire session, from start to finish, that shows you how to organize, set up, and coach the small-sided games.

P.P.S If you are not 100% satisfied with the quality of the soccer coaching resources in Small-Sided Games for Possession within six months then we will refund your purchase in full, no questions asked.