Chris wilder is the Premier League's most tactically innovative coach since Pep Guardiola arrived at Manchester City.  He has taken a group of players from the Championship division, got them promoted and is now challenging near the top of the English Premier League.

In the past, Wilder has adapted the 4-4-2 and played with a 3-4-1-2 formation.  Now in the EPL, he is using his own interpretation of the 3-5-2 formation.  This includes attacking and overlapping center backs and a style that prevents the opposition from playing between the midfield and defensive lines.

Sheffield United's 3-5-2 Formation - Attacking, gives an in-depth look at how Wilder has created a new way to play the 3-5-2 formation and how he is having incredible success as a coach. 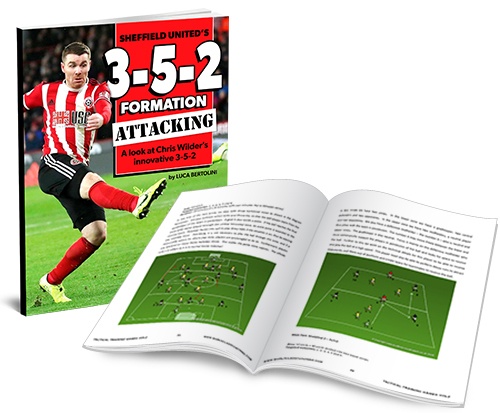