Pep Guardiola and Jurgen Klopp are probably the top two coaches in the game today.  Both have had success with clubs in different countries.  Both have won the English Premier League and the Champions League as well as championships in in other countries.

Both coaches are innovative and have introduced new tactics that are now being used by coaches all over the world.  Klopp v Guardiola - Defending is a guide that takes an in-depth look at the differences and similarities of Klopp with Liverpool and Guardiola with Manchester City.

This eBook breaks down the differences and similarities of their defending styles and tactics, and shows why both are successful.  If you are fan of the styles of play of Klopp or Guardiola, this is for you. 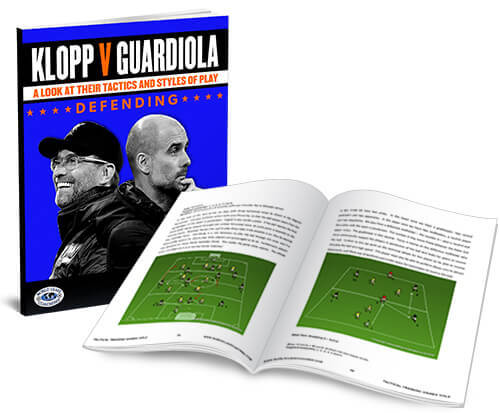