Developing the Complete Tactical Player Half Off General

Sorry this book is no longer available.

Please Note: This special offer is not available to the public…50% Discount

Developing players technical ability is one thing.  Teaching them to shoot with the correct technique, head a ball, pass, have a good first touch is one thing…and it’s critical.  But how do you teach your players the tactical nuances of the game?  How do you give them “game intelligence” so they know how to apply that technique into your system of play?

At a special discount for our members only, you can now own Developing the Complete Tactical Player and improve your training sessions, the tactical knowledge of your players and your results. And we are offering a special 50% discount…but only for a limited time.

Your players might have the technique, but do they have game intelligence? Discover how to fill the gap in youth training and improve the tactical knowledge and decision making of your players

Finally, a book focused on the missing link in youth training! Developing the Complete Tactical Player: Coaching Soccer with Game Intelligence is a unique book that shows you how to train players to develop tactical knowledge, faster decision making and smarter use of the ball. This is an aspect sorely missed in most training programs, but can make all the difference in taking your players to an elite level.

There is a big problem in US soccer. Despite having more people actively playing soccer than any other country we still lag behind many other nations in the quality of the players we produce. The reason? There is too much focus on skills development, excessive tournament play and a tendency to over coach. Whilst in theory this approach sounds sensible, it has led to the creation of highly drilled but robotic players that lack the tactical knowledge and decision making of other nations. In other words, too many players lack the game intelligence they need to reach an elite level.

Developing the Complete Tactical Player: Coaching Soccer with Game Intelligence provides the perfect balance between theory and practice. Its two authors explain in exhaustive detail everything you need to know about the importance of game intelligence and how to develop it in your players., 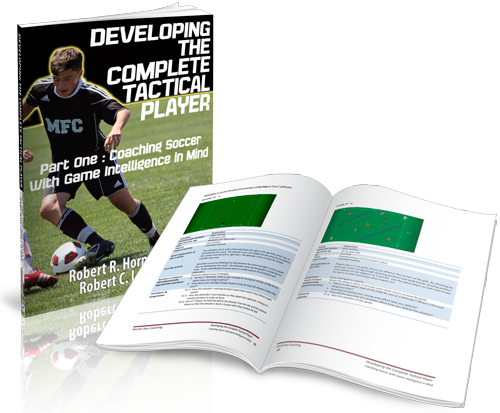 From the book you will gain a deeper understanding on the importance of tactical knowledge and decision making, and how it impacts the performance of your team. The book also provides over 50 excellent activities for training different positions and areas of your team in game intelligence.

Whether you coach youth teams, recreational sides or players at the highest level, this book is an essential addition to your coaching library for developing intelligence in your players and filling the gap in what is missing from traditional training.

The subject of coaching technical practices combined with sports psychology and game intelligence can often be interpreted as being needed and used by those only at the top of the profession. However, this book clearly demonstrates in very simple, easy-to-follow and informative ways how it can and should be used by ANY motivated coach whose aim is to develop technically proficient players with the ability to think for themselves.

I applaud the authors in their vision, insight, and knowledge. – Jeff Bookman UEFA “A” License coach

“To bridge the gap in US soccer training, coaching tactical knowledge and game intelligence is of prime importance”

It’s estimated that there are 24.5 million soccer players in the US, with 14 million under the age of 18. According to FIFA there are more soccer players in the US than any other country, yet the US lags behind South American and Europe in the production of elite players. Many experts believe this is due to a gap in the training of tactical awareness and decision making in US soccer.

Developing the Complete Tactical Player: Coaching Soccer with Game Intelligence first looks at how the US coaching system is hindering the development of game intelligence and why a profound change is needed in youth coaching.

Utilizing detailed diagrams, informative tables and charts, this unique book then provides an in-depth guide on how to develop game intelligence in players. From the first defender through to the attacking unit, this book looks at the key positions and how they can be trained to improve their decision making, response times and better tactical play of your team. 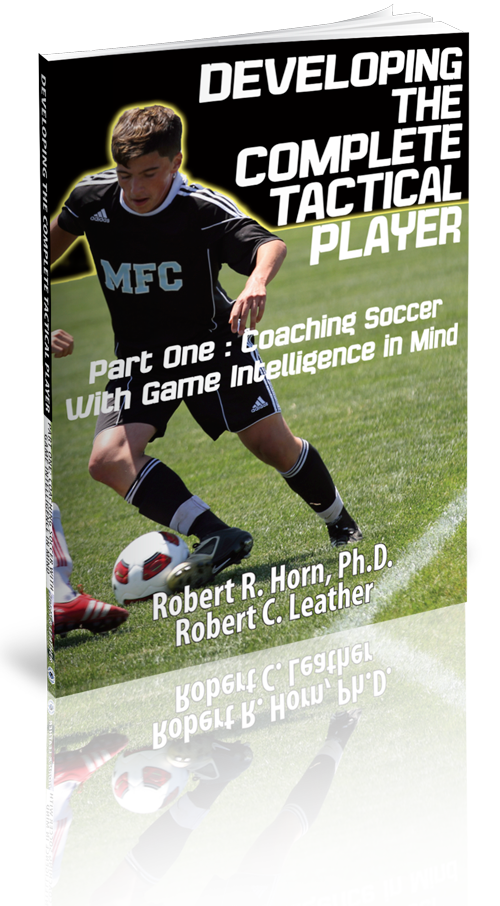 Developing the Complete Tactical Player: Coaching Soccer with Game Intelligence is the creation of two experts on analysis based coaching with an in-depth understanding of how players need to be trained to reach an elite level. 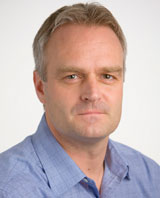 Rob Horn is the president of analysis based coaching company Adeptico, which runs summer training academies for teams and individuals. Horn also runs coach education seminars, drawing on nearly two decades experience of coaching players from the age of four to an elite level. He is also the Associate Professor and Department chair at Montclair State University where he teaches classes on skill acquisition, advanced coaching techniques and motor development.

Horn’s passion for analysis based coaching began when he performed a role for the English Football Association while studying for a Ph.D in skill acquisition at Liverpool John Moores University, England. Rob was required to analyze Premier League, youth and full international soccer games as well as write 17 articles for the FC coaching journal Insight. During this time, Horn attended professional coaching workshops and collected data for match analysis for top level English clubs, including Liverpool FC and Newcastle United, as well as for the Welsh national team.

Along with the FA’s Insight magazine, 14 of Horn’s academic articles on skill acquisition and attention during motor performance have been published in the NSCAA’s Soccer Journal, cementing Horn’s reputation as an expert on analysis based coaching.

Horns co author, Rob Leather, is the current Director of Boys Coaching at Match Fit Chelsea. Match Fit Chelsea are one of only 84 clubs in the United States Soccer Federation Development Academy (USSF DA). Leather is responsible for the implementation of curriculum, philosophy, management of coaching staff and all facets of player development at the club. 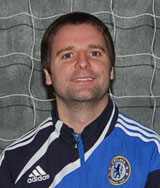 Leather currently works with the U14 and U15 North East Pre Academy teams, as well as the U16 USSF DA team. Leather has

significant coaching experience in the NJ area and has developed a reputation as one of the leading coaches in the development of young players. Leather is also currently the Rutgers Prepatory School Boys Varsity coach.

Leather has a strong foundation in analysis based coaching, stemming from his time studying towards a Bachelors of Science (BSc) in Sports and Exercise from The University of Birmingham, United Kingdom. In addition Leather recently graduated from Montclair State University with a Masters in the Arts of Teaching. Leather currently holds the National Soccer Coaches Association of America’s (NSCAA) National Diploma, Advanced National Diploma and Premier Diploma, as well as the Football Association (FA) coaching awards back in his native England.

This comprehensive book covers all aspects of how to coach soccer intelligence, from the theory and reasons why current training methods are failing through to an analysis of how it can be coached to key positions in the team utilizing 50 practical coaching exercises.

Section B – How and What to Coach for game Intelligence

The authors now analyze how and what to coach for developing game intelligence and how the coaches training style affects how well players learn and apply its principles. How players can develop deep tactical knowledge is another key area this chapter focuses on.

The book now looks at the key players in the defensive unit, first individually and then as a unit. Along with the theory and principles of coaching game intelligence to these players, the book provides practical training exercises for developing tactical knowledge and quick decision making.

Quick and correct decision making are skills that can turn a talented player into an elite striker, able to make better use of the time and space they have available to create more scoring opportunities and goals on the scoresheet. This final section now looks at the key attacking positions individually before analyzing how to coach soccer intelligence to the attacking unit as a whole. 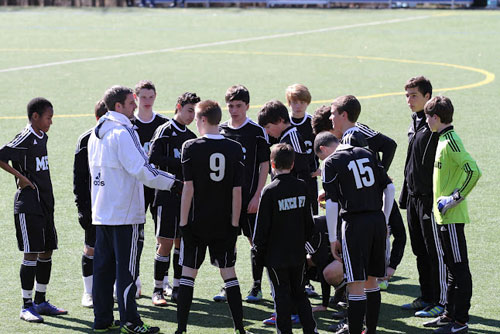 What you will gain from Developing the Complete Tactical Player: Coaching Soccer with Game Intelligence

In this book, the two authors have set out a blueprint for developing the skills and abilities that are otherwise missing from modern coaching, namely quick decision making, tactical awareness and game intelligence. They boldly outline the methods and philosophies for building flexible, usable knowledge in young players.

From this special book you will gain:

It’s a fact, despite the vastly superior numbers playing soccer from a young age, the US still lags behind South America and Europe in the development of elite world class players. In this comprehensive book on game intelligence, the authors explain why, making this book an essential purchase for any coach struggling for ideas on how to take his players to the next level. 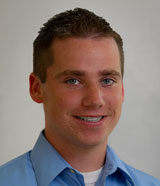 This book separates itself from others by providing an in depth analysis and explanation of game intelligence, its part in the game, how its developed, its relation to potential, as well as a step by step blueprint in order to train it. Developing the Complete Tactical Player is a book which should be in every coaches toolbox. It provides a solid understanding to the often misinterpreted, yet extremely important aspect of a modern soccer player…game intelligence.

Utilizing real world examples, as well as plenty of activities for both yourself as a coach, and those which can be used with your team, this book truly is THE go to guide for developing game intelligence in soccer.!”  – David Robertson.  USSF “B” License & Staff Coach at Cincinnati United Soccer Club (Cincinnati, Ohio) 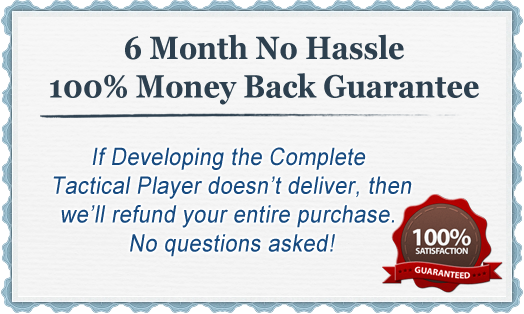 “There are plenty of books on how to coach the technical skills. But few, if any, explain how to develop the tactical mindset in as much depth as this book”

Ever since 1994 when the U.S. hosted the World Cup, US coaches have strived to develop players able to compete on the world stage with those from Brazil, Italy, Spain and other leading nations. However, the US still lags behind in the production of world class players. This book explains why and how the US can catch up.

Coaching tactical knowledge and game intelligence can improve reaction times, decision making and give players the ability to develop from a technically gifted player into a world class one. Developing the Complete Tactical Player: Coaching Soccer with Game Intelligence provides you with a blueprint for how this can be done.

Whether you coach players in the US or any other country in the world, this book is packed with a comprehensive analysis of coaching game intelligence that makes it a valuable addition to your coaching library. Its in-depth look at developing tactical awareness and faster reactions in players can provide you with valuable insights you can use to improve the tactical play of your team and to take your coaching knowledge to the next level.

P.S. Developing the Complete Tactical Player: Coaching Soccer with Game Intelligence is a special book that focuses on how to bridge the gap in youth coaching. It shows you how to develop the quick decision making, fast responses and tactical knowledge that can take a player from being technically gifted into one able to play at an elite level.

P.P.S If you are not 100% satisfied with the quality of the soccer coaching resources in Developing the Complete Tactical Player: Coaching Soccer with Game Intelligence after six months then we will refund your purchase in full, no questions asked.