Once considered a 'minor' position, the fullbacks in today's modern game are talented and skillful players, capable of not only defending, but attacking and supporting attacking situations on a regular basis.

The use of dangerous and attacking fullbacks at both Manchester City and Liverpool have brought the position back into vogue and are now used as a fundamental tactic by most teams worldwide.

Whether your fullbacks attack in the traditional method down the flank or "inverted" as Pep Guardiola uses them, you also have to take into account covering for them as they join the attack.  Everything is covered in this ultimate guide.

Attacking With Fullbacks breaks down how the best teams in the world utilize their fullbacks as a potent and additional attacking weapon. 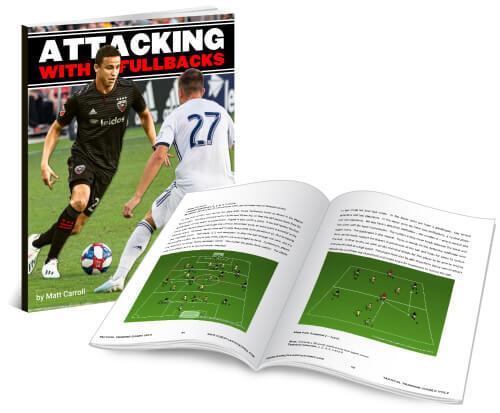