Jurgen Klopp and Liverpool are well known for their attacking style of play.  But it's how they attack that makes them so successful.

Attacking at Speed examines the attacking tactics of Klopp and Liverpool by looking at both of the 2018/2019 EPL games of Liverpool v Manchester City.

Although Liverpool played with a 4-3-3 formation for these two games, their fast paced attacking tactics can easily be deployed by any team and any formation.  Check this eBook out now and start attacking with speed to dominate your opponents. 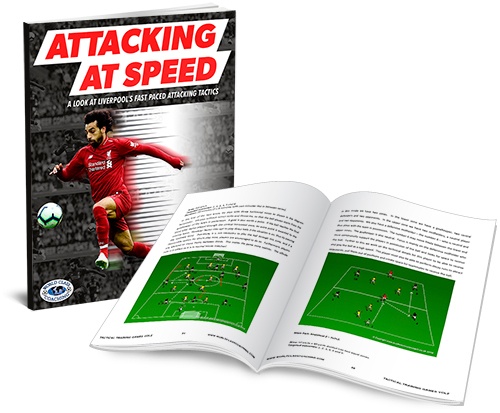