Area Size: Two fields of 20 by 25 side by side
Teams: Four teams of four to five depending on objective
Time: Approximately 15-17 minutes

Setup:
Two grids side by side are set up each with full size goals. Field size is 20 wide by 25 long. Two teams on each field set up to play against each other. 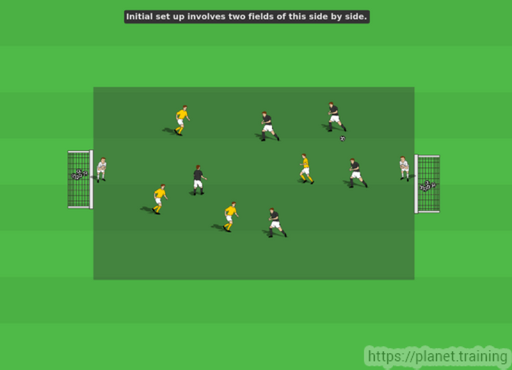 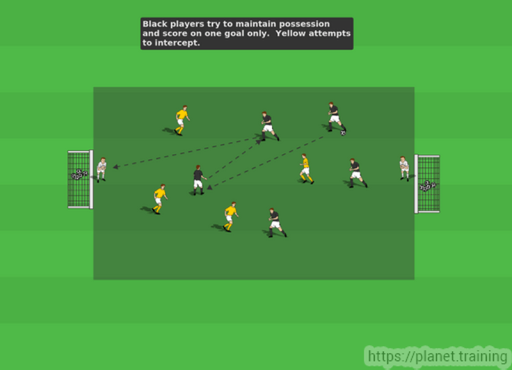 Variations:
Every four minutes two players from the black team move to the yellow team. Once every black player has changed a full cycle will have been completed. Run two full cycles.

Black team can only attack the opposite goal from the last one scored on. 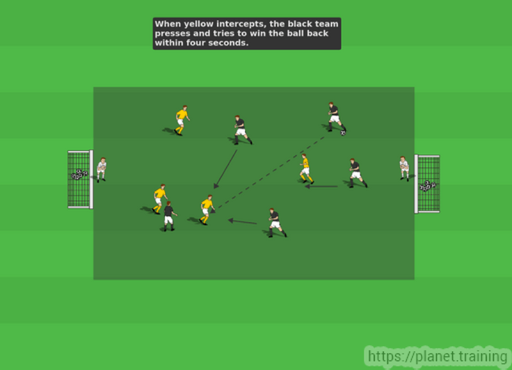