Teams: Three teams of four or other variations of numbers as needed

Setup:
The teams are set up as shown with four black attackers vs. four yellow defenders. The red team is lined up on the outside of the field. Full sized goals with keepers. 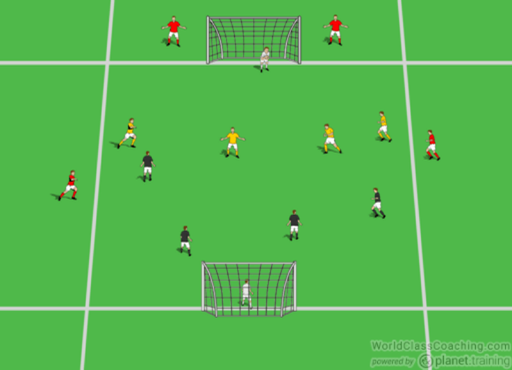 Execution:
Teams play four vs. four in the space. The black team attacks the one full sided goal and the yellow team attacks the other full sided goal. The red team is played in by either team but cannot participate until played into by one of the teams in possession. Once possession is lost by either team the red team drops back off until played in again by one of the teams.

AS SOON AS ONE TEAM SCORES, THE RED TEAM TRANSITIONS ONTO THE FIELD AND THE LOSING TEAM MOVES TO THE OUTSIDE. The scoring team gets the advantage of make it/take it and tries to score again during the transition of the red team arriving on the field. 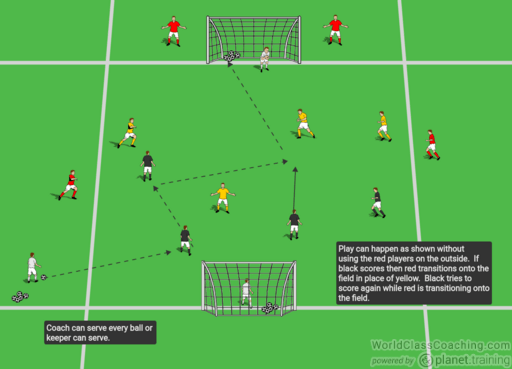 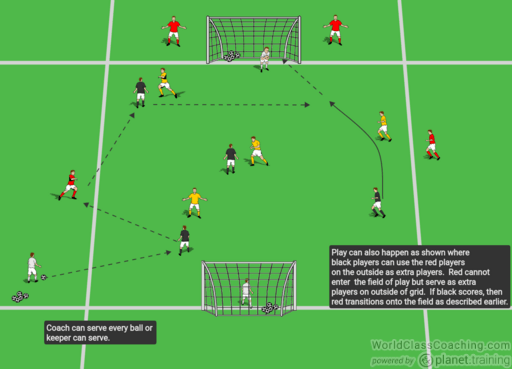